Today I’m happy to introduce a duo I worked on for several weeks and finally brought together CASH and DOMINIC! As you all know Dominic is new to the line up and Cash become a permanent fixture at MC and today Cash puts his 9 inch weapon on Dominics ass and its almost painfully hot to watch!

I introduced these guys literally as they came on to the set so I knew the nerves would get the best of them and some uncomfortable talk was definitely in order. To my surprise they hit it off from the start and the conversation soon turned into some serious starring by both Cash and Dominic.. kinda checking out the competition with slight glances.

Once the cameras started rolling I immediately got these boys out of their clothes and siting on the edge of the bed stroking themselves and then each other which made for a pretty hot start. Dominic could hardly keep his eyes off of Cash’s weapon and the glances were some of excitement and terror all rolled up into one.

I made Dominic go down on Cash’s cock up front so he can get use to the size and hardness in his personal encounters. Dominic had some trouble taking down Cash’s cock but he gave it his best shot and definitely got Cash hard as a rock and right into the next section! Dominic mounted that monster and began bouncing, slow at first, and then speeding up to get his ass use too Cash’s cock.

Next Cash bent Dominic over the edge of the bed and took him from behind even taking his arms as leverage as he divided Dominics ass. In the end Cash had Dominic missionary and that was all it took for Cash to deliver his load all over Dominic’s stomach. That followed by Dominic jacking himself off on top of Cash’s mess and everyone was happy! 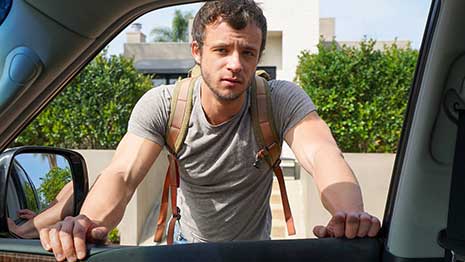 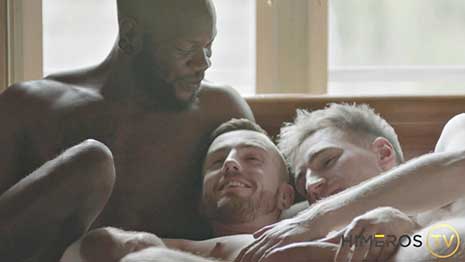