Who said the boys don’t go cruising or have outside meets? Adam shows Jamie Jackson where all the fun happens, on the outskirts of town in an abandoned area, the attraction is such that Jamie confesses to wanting to suck Adam’s dick, but in the process he get’s his sucked also, and both boys end up jizzing over each other.

On the way home Jamie Jackson seems to have an idea, wait at the metro and see if anyone wants to finish the unfinished business he had started with Adam, this is when Jayden takes him back to his house, and takes a shower, in the meantime and to kill some time, Jamie gets his dick out, and just as he’s doing that Jayden walks in. 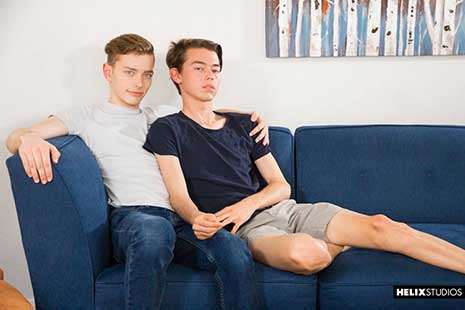